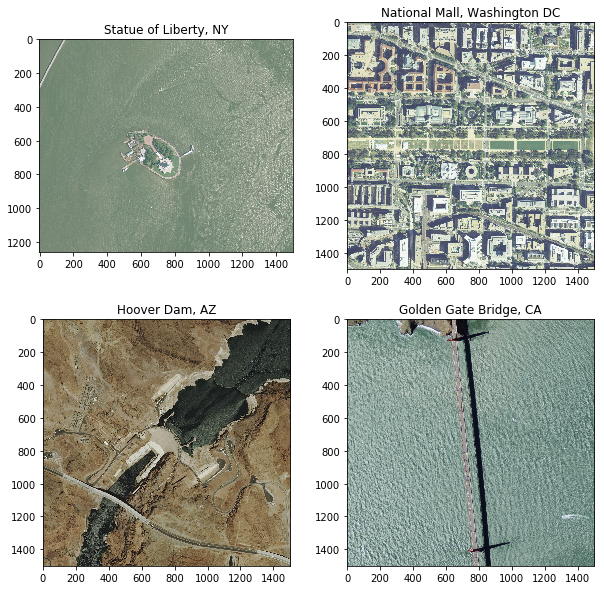 Essentially, the US is broken into a grid of cells called quadrangles, and the images NAIP provides correspond to cells in this grid. Thus, to get an image containing a specific city or landmark, one must first figure out in which quadrangle it is located. This can be a little tedious to do by hand, so I made a function download_landmark() to automate it.

This handy function can easily be incorporated into geographic information systems workflows. For example, although the image downloaded indeed contains the Statue of Liberty, it also has a lot more geography and you’d have to go searching through it to find the landmark. With only a bit more work, we can use the function not just to download the image but also extract a subset of it centered around the landmark. In fact, we’ll do it for a few landmarks in the code below which produces the image at the top of this page.

The script as well as a tutorial explaining it can be found on my GitHub.